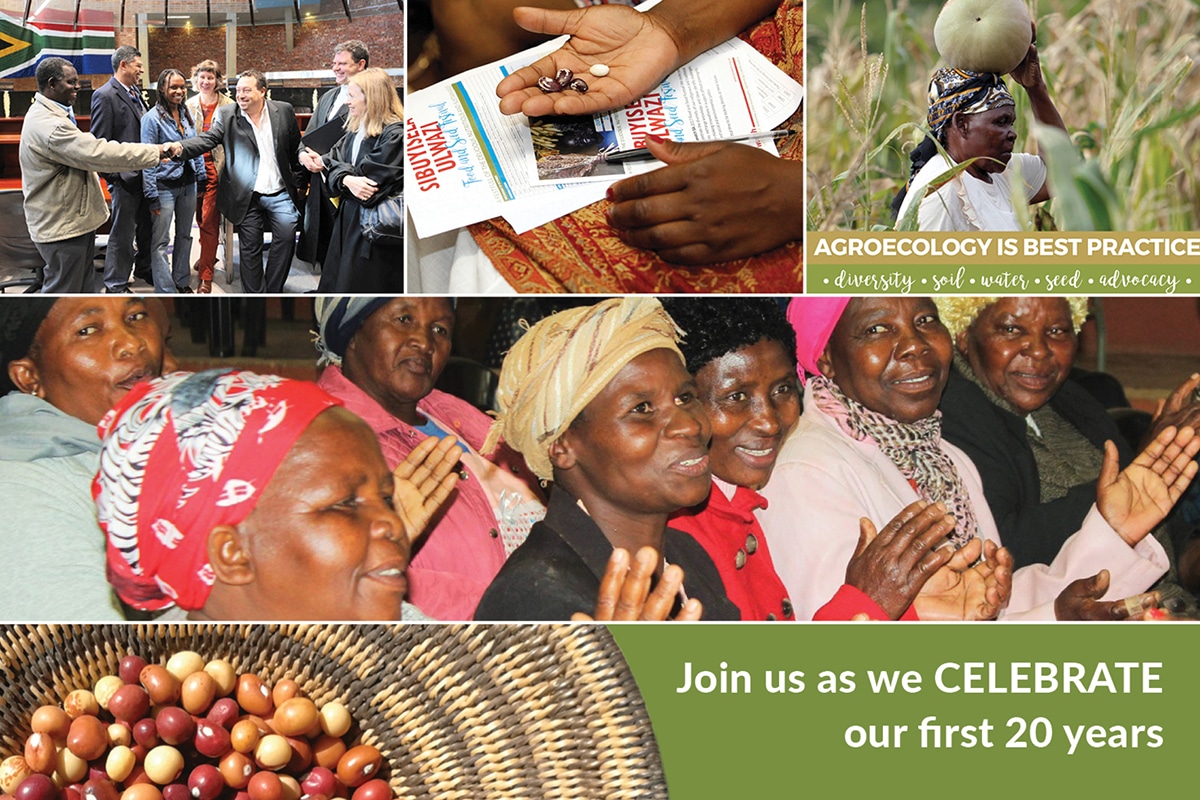 Although a small organisation, Biowatch has had a positive influence on democratic processes through its legal challenge of state secrecy in relation to genetically modified crops. In partnership with smallholder farmers, it has demonstrated that agroecology practices are able to produce healthy quantities of nutritious foods, while protecting the soil, biodiversity and water resources that farmers depend on.

Why Biowatch was born

Biowatch was launched 20 years ago as an advocacy organisation to defend South Africa’s biodiversity at a time when new policies and laws relating to biodiversity were being developed, and it was becoming possible for intellectual property rights for biodiversity to be sold to international corporations. As the biotechnology industry began making inroads into the country, Biowatch also grew alert to the need to campaign against genetically modified crops, which threaten biodiversity and food sovereignty. It soon recognised the need to demonstrate and promote healthy farming practices that protect natural resources, and launched a farmer support arm in northern KwaZulu-Natal to develop, learn, and share agroecology practices.

The Biowatch victory in the Constitutional Court

In 2002, Biowatch brought an access to information case against the state regarding applications from an international corporation to introduce genetically modified crops into the country. The case was heard in 2004, and Biowatch won on several counts with regards to access to information, but was ordered to pay the costs of both the State and a third party that had joined the case to protect its commercial interests.

What’s become known internationally as the landmark Biowatch Case, clarifies that in future, public interest litigants acting in good faith will not have to fear that costs will be awarded against them.

Biowatch advocates for agroecology as a proven way to farm with nature that is empowering to farmers and promotes food sovereignty. It supports farmers to firstly consolidate their own household food security through household vegetable gardens and field crops, by strengthening agroecology practices based on their own farming knowledge. As the farmers fine-tune their agroecology methods, surplus production also increases, encouraging farmers to extend to larger plots, and for some to participate in communal market gardening projects.

Biowatch’s farmer support work is conducted in five areas in northern KwaZulu-Natal, all of which are communal land areas under the Ingonyama Trust. Currently Biowatch partners with smallholder farmers, about 90 percent of whom are women.

The value of this programme was demonstrated strikingly during the recent droughts. Many of the farmers who practice agroecology were able to produce and harvest good quantities of food throughout the drought, while others nearby had barren fields. Even during good rains, agroecology practitioners show better results than others, because they are careful to nourish the soil and protect local water sources.

Agroecology is an approach to food production that works in harmony with nature and ecosystems. It builds on local cultures with their unique expressions of knowledge and practice that have developed over millennia around the world.

Agroecology promotes food sovereignty, which is the right of peoples to access and control the resources they need, including land, water, seeds, biodiversity, markets and knowledge, to be able to make their own choices about the kind of food they eat, produce and buy. Food sovereignty aims to democratise the food system, while recognising our dependence on ecological systems for our food.

Internationally, agroecology is recognised as a necessary approach to agriculture in the 21st Century.

In the ten years since victory at the Constitutional Court, the tenacity and selflessness shown in pursuing the judgement has remained in Biowatch’s organisational culture. Biowatch has grown in strength and scope, forming partnerships with Southern African and South American agroecology organisations to advocate for the rights of smallholder farmers and to share and promote agroecology practices towards food security, seed sovereignty, and social and environmental justice.

This year Biowatch takes time to commemorate its 20 years of contributions and partnerships. Join us in Cape Town on 28 January and in Durban on 12 June to take stock, celebrate, and salute our many partners and supporters.