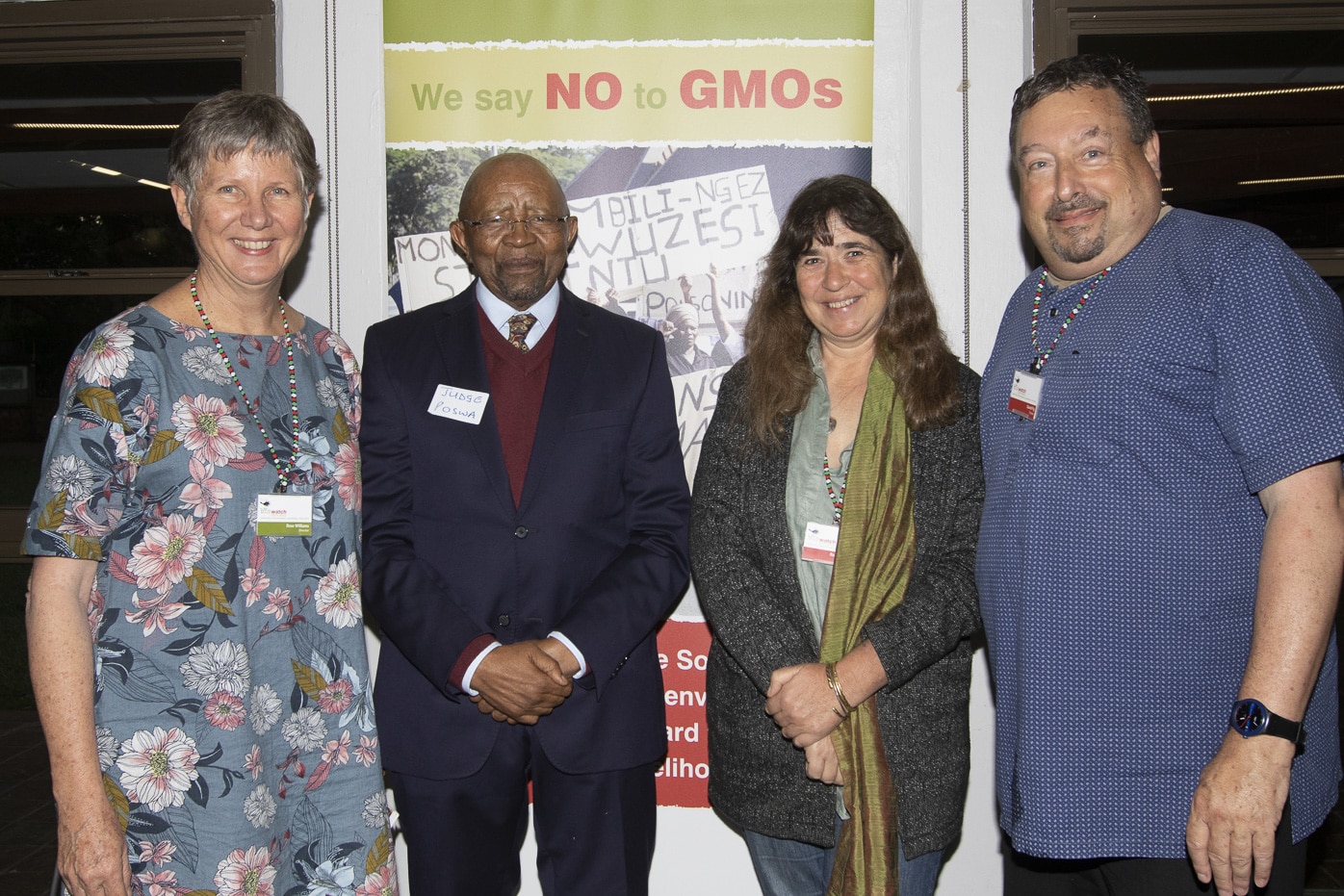 Durban has been the landmark organisation’s head office since 2009. Biowatch has been working alongside KwaZulu-Natal smallholder farmers, demonstrating that agroecology produces abundant nutritious and diverse foods by working in harmony with nature and ecosystems, and by protecting and nurturing the soil, biodiversity and water resources on which life on Earth depends.

Judge Justice Poswa, retired Judge of the High Court whose minority dissenting judgment in favour of Biowatch’s access to information case against the state opened the organisation’s path to the Constitutional Court, gave the keynote address. Biowatch gained wide public prominence in 2009 with its victory in the Constitutional Court. What’s become known internationally as the landmark Biowatch Case, clarifies that in future, public interest litigants acting in good faith will not have to fear that costs will be awarded against them.

“The arduous journey undertaken by Biowatch and the difficult decisions its leadership had to take, meeting rebuff after rebuff along their legal path, turned out to have a totally unexpected silver-lining: Biowatch is no longer only known for monitoring the implementation of South Africa’s obligations under the Convention on Biological Diversity. The Biowatch ConCourt case is equally, arguably primarily in the legal field, known as the bulwark for litigants who pursue public interest or constitutional matters, making it easier for indigent people to embark on litigation against heavyweight opponents, without worrying about costs should they lose, provided their actions are genuine,” said Judge Poswa.

The evening also celebrated two of Biowatch’s long-serving Board members, who are retiring – Dr Nombulelo Siqwana-Ndulo and Thoko Makhanya – both stalwarts in Biowatch’s fight against GMOs and the industrialised food system. Nombulelo, a sociologist and rural development public policy analyst, and previous Commissioner on the national Gender Commission, joined the Board of Trustees in 2003. Thoko, a health specialist and development practitioner with a focus on women’s development and health, has been a Trustee since 2010. 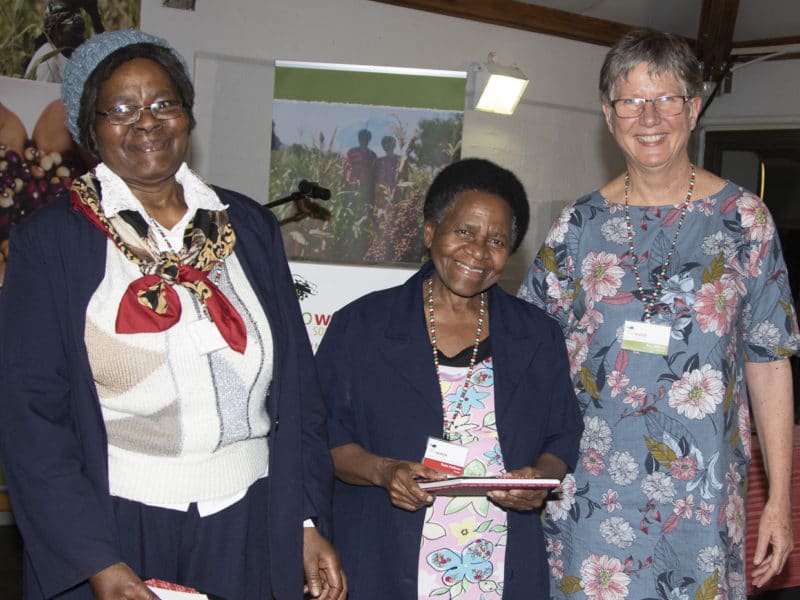 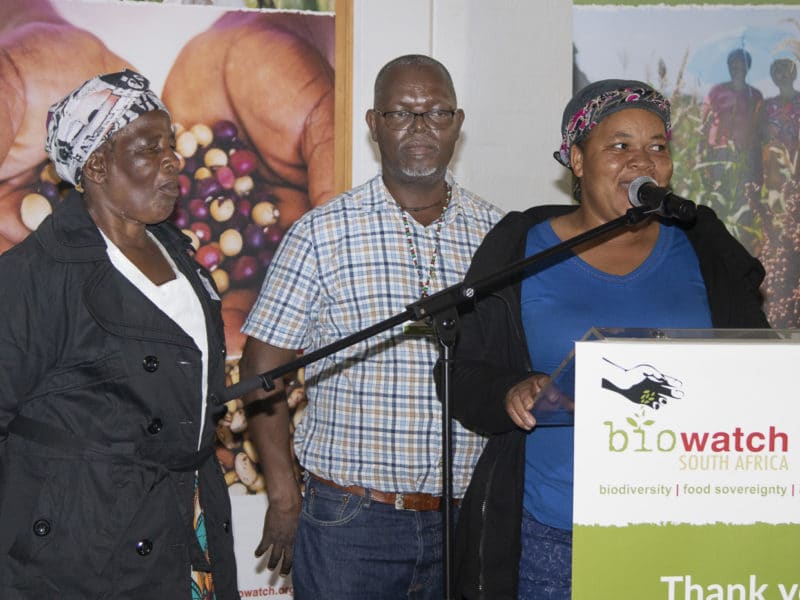 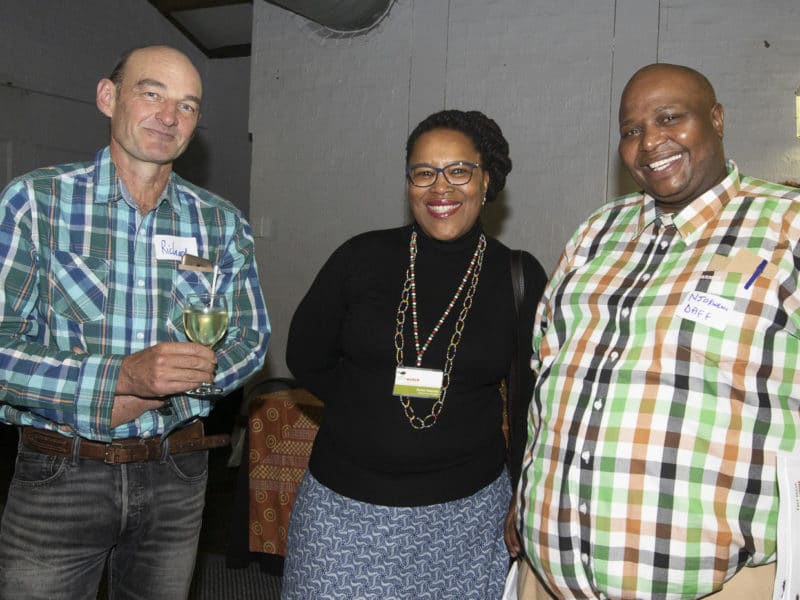 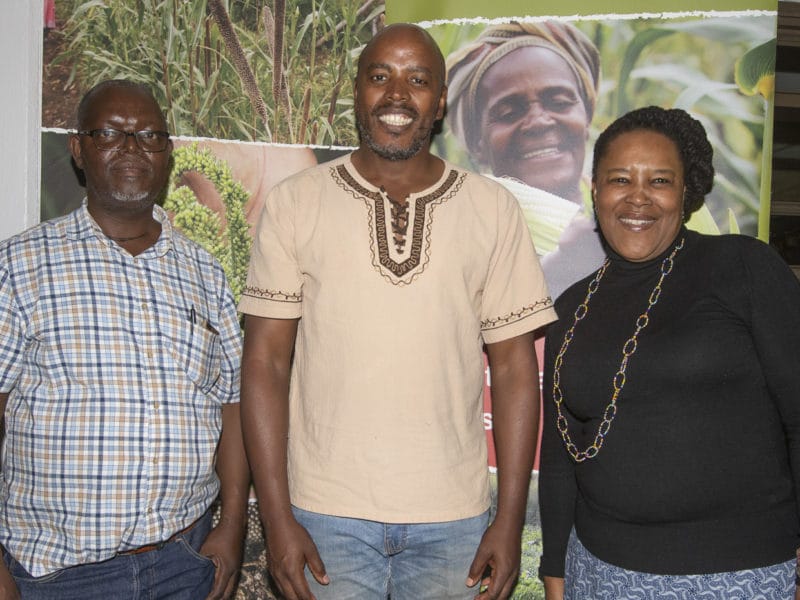 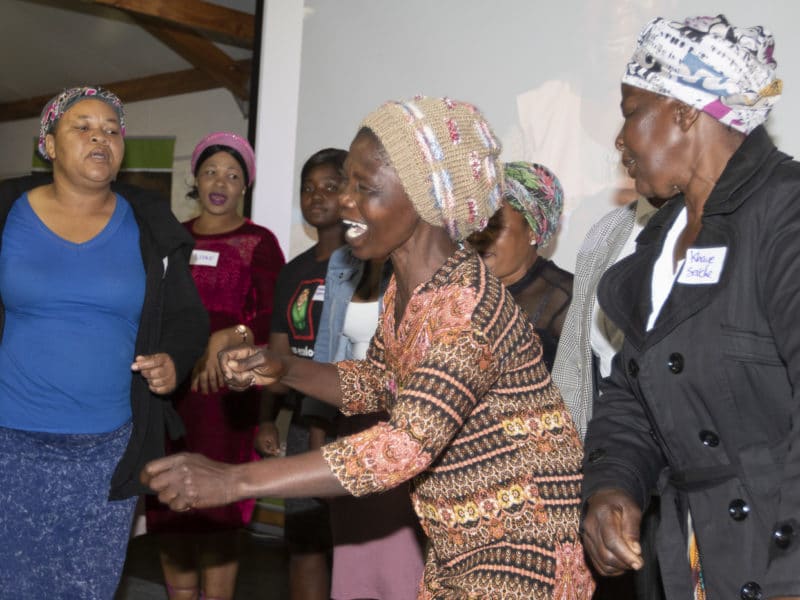 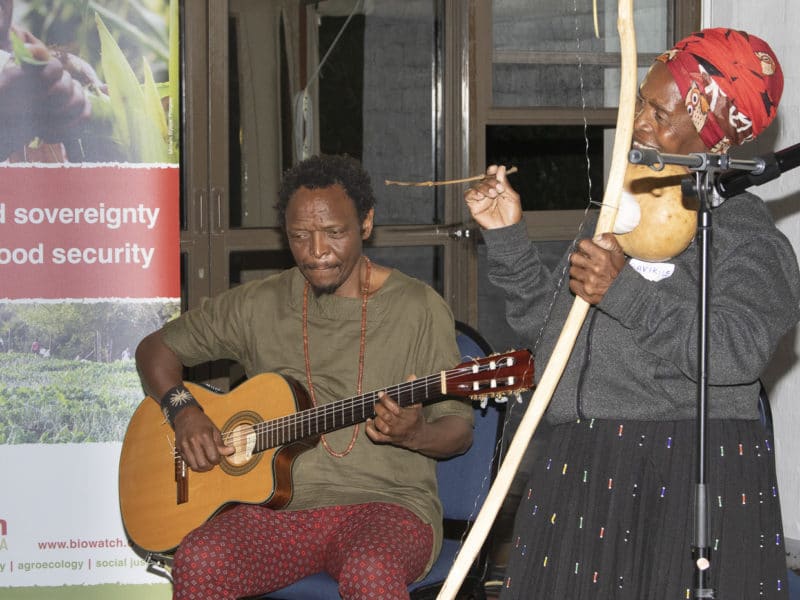